NEW YORK, Oct. 31, 2022 /PRNewswire/ -- Loews Hotels & Co, a wholly owned subsidiary of Loews Corporation (NYSE: L), announced that Alex Tisch will assume the role of CEO, effective January 1, 2023.  In his new role, Alex will continue to work closely with Jonathan Tisch, who will become Executive Chairman, while remaining a member of the Office of the President and Co-Chairman of the Board of Loews Corporation. 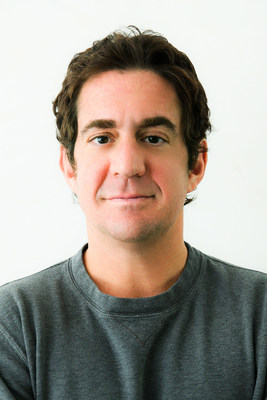 As President & CEO, Alex will oversee the day-to-day operations of the ompany, as well as the development and execution of the organization's strategy and the management of capital and resource allocation.

"Since joining Loews Hotels & Co, Alex has not only brought a strong strategic lens to the acquisitions & development and commercial disciplines, but also cultivated successful strategic partnerships internally and externally," said Jonathan Tisch, current Chairman & CEO, Loews Hotels & Co. "As we look ahead, under Alex's leadership and direction, Loews Hotels & Co will continue to be a leader within the industry and strive to be an employer of choice amongst our team members."

Alex came to Loews Hotels & Co in June of 2017 and took on the role of President in September of 2020. Over the course of the past five years he has been an integral part of the creation and execution of the company's strategic plan, leading the $2.5 billion dollar re-defined growth strategy and expansion, honing in on Loews' leverage of being an owner, operator and developer of hotels.

The revitalized approach focuses on core Loews opportunities and immersive destinations, which are branded collaborations with built in demand generators. Alex oversaw the additions to the portfolio of Live! by Loews – Arlington, TX in 2019, Live! by Loews – St. Louis, MO in 2020, Universal's Endless Summer Resort, in 2020 and Loews Kansas City, in 2020. Loews Hotels & Co has two additional developments underway, Loews Coral Gables, opening later this week on November 3rd and the 888-room Loews Arlington Hotel, opening in Q1 2024.

As President, Alex created a more aligned and data-driven approach to Commercial disciplines such as sales, revenue and e-commerce. He re-structured the leadership within the Human Resources function, while also strengthening and enhancing the partnership with Comcast NBC Universal, where Loews Hotels & Co has a joint venture in eight hotels located in Orlando, Florida.

Alex is a graduate of the University of Pennsylvania and received his MBA from the NYU Stern School of Business. He sits on the Board of Directors of the American Hotel & Lodging Association (AHLA), The National Medal of Honor Museum, Moda Operandi and the New York City Police Foundation.

Headquartered in New York City, Loews Hotels & Co is rooted in deep heritage and excellence in service. The hospitality company encompasses branded independent Loews Hotels, and a solid mix of partner-brand hotels. Loews Hotels & Co owns and/or operates 25 hotels and resorts across the U.S. and Canada, including the Loews Kansas City and Universal's Endless Summer Resort – Dockside Inn and Suites, the eighth hotel in partnership with Comcast NBC Universal. Located in major city centers and resort destinations from coast to coast, the Loews Hotels portfolio features properties grounded in family heritage and dedicated to delivering unscripted guest moments with a handcrafted approach. For reservations or more information about Loews Hotels, call 1-800-23-LOEWS or visit: www.loewshotels.com.